What did Chinese eat in Mid autumn Day? 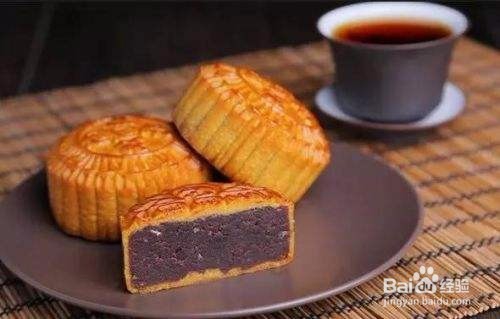 The legend of the Mid-Autumn Festival is very rich, and the myths such as the rushing moon, Wu Gangrugui, and the rabbits and peony are widely spread.

One of the legends of the Mid-Autumn Festival

According to legend, in the ancient times, there were ten days in the sky at the same time. The sun burned the crops and died. The people were not happy. A hero named Hou Hou was infinite. He sympathized with the suffering people and climbed to the top of Kunlun to transport the power and open the bow. Shooting more than nine suns at a time, and urging the last sun to rise and fall on time, for the benefit of the people.

After that, he was respected and loved by the people. Later, he married a beautiful and kind wife named Yu. After smashing the art and hunting, he was always with his wife, and people envied the loving couples.

Many of the philosophers came to the field to study and learn, and Peng Meng, who had a bad heart, also came in.

One day, I went to Kunlun Mountain to visit my friends and seek help. I happened to meet the Queen Mother, and I asked the mother for a pack of undead medicine. It is said that taking this medicine can immediately ascend to heaven. However, after the reluctance to leave his wife, he had to hand over the undead medicine to the 嫦娥 collector. He hid the medicine in the treasure chest of the dressing table, but he was seen by the little man. He wanted to steal the undead medicine and become a fairy.

Three days later, after the squad, the crowds went out to hunt, and the phoenixes pretended to be sick and stayed. Shortly after the squatting rate, Peng Meng took the sword into the backyard of the house, and forced him to surrender the undead medicine. I know that I am not a phoenix opponent. When she was in a crisis, she took the opportunity to turn around and turned to open the treasure, and took out the undead medicine and swallowed it.嫦娥 swallowed the medicine, and the body immediately floated off the ground, rushed out of the window, and flew to the sky. As he was worried about his husband, he flew to the moon closest to the world and became a fairy.

In the evening, after returning home, the maids cried out what happened during the day. After he was shocked and angry, he took a sword to kill the evil spirits. Peng Meng escaped early, and then he was so angry that he was sorrowful and grief-stricken. He looked up at the night sky and called for the name of his wife. Then he was surprised to find that today’s moon is exceptional. It’s bright and bright, and there’s a swaying figure that looks like a cockroach. He desperately chased the moon, but he chased three steps, the moon retreated three steps, he stepped back three steps, the moon went into three steps, no matter what, he could not catch up.

After he couldn't help but miss his wife, he had to send someone to his favorite back garden, put on the incense case, put on her favorite fresh food, and sighed in the moon palace. After the people heard the news of the moon and the moon, they set up a fragrant case under the moon and prayed for good fortune to the kindness.

Since then, the customs of the Mid-Autumn Festival to worship the moon have spread in the private sector. The second half of the Mid-Autumn Festival - Wu Gang

There is another legend about the Mid-Autumn Festival: It is said that the laurel tree in front of the Guanghan Palace on the moon is flourishing, with more than 500 feet high. One person is often cutting it down, but after each cut, the place to be cut is immediately Closed up. For thousands of years, this kind of laurel tree can never be cut down. It is said that the name of this tree-cutting tree is Wu Gang, who was a Xihe native of the Han Dynasty. He followed the immortal monk and went to heaven, but he made a mistake. The immortal took him to the moon palace and made such a futile effort to show punishment. . In Li Bai's poems, there is a record of "who wants to pay for the moon in the moon, and hold the salary for the cold."

The Mid-Autumn Festival eating moon cakes began in the Yuan Dynasty. At that time, the people of the Central Plains could not bear the cruel rule of the ruling class of the Yuan Dynasty, and they fought against the Yuan. Zhu Yuanzhang united various resistance forces to prepare for the uprising. However, the officers and men of the court were very strict in searching and it was very difficult to deliver the news. The military teacher Liu Bowen came up with a plan to order the possession of the "August 15th Uprising" paper in the cake, and then sent people to the local insurgents to inform them to respond to the uprising on the evening of August 15. . On the day of the uprising, the various volunteers responded in unison, and the insurgents were like a fire.

Soon, Xu Da attacked Yuan Dadu and the uprising succeeded. According to the news, Zhu Yuanzhang was so happy that he quickly passed down his mouth. In the upcoming Mid-Autumn Festival, all the soldiers and the people will have fun, and the "moon cake" that secretly conveyed information when the soldiers started to serve as a festival cake will be rewarded as a minister. Since then, the "moon cake" has become more elaborate and more variety, and the larger one is like a disc, which has become a gift. The custom of eating moon cakes in the Mid-Autumn Festival will be spread among the people.